Well hello everyone, thanks so much for stopping by and spending some time with me! Today is day two of the Newton’s Nook February release week and I know you are going to love today’s reveal as much as I do! Today we are showcasing the sweet Newton Unwinds stamp and die sets… I just adore how cute the images are and I particularly  love the one of Newton hugging a yarn ball! I started off my card by stamping my images onto cardstock using Simon Says Stamp Intense Black ink; I then colored everything with Copic markers.  The colors I have used are listed below: Once I colored all the images, I added a few details using a while gel pen and then die cut each one out using the coordinating die set.

To put my card together, I first took a white A2 card base and watercolored some light grey stripes using a round paint brush. I chose to use cardstock instead of watercolor paper for this card because I enjoy the different type of texture the cardstock provides… always nice to change things up sometimes! :)

I then layered a rectangle panel up with some black cardstock that I die cut from a Pretty Pink Posh Stitched Border die set. I layered my images onto the panel and added some shading underneath using a few of the same light grey markers I colored the cat with. My sentiment is from the Darling Duos set, which I stamped onto a thin white piece of cardstock and then trimmed into a banner. Finally, I finished things off with a bit of Wink of Stella glitter and some die cut hearts (from the Newton’s Naptime die set).

Looking for more Newton’s Nook inspiration? Here are some recent cards I’ve created using Newton’s Nook stamps and dies! And in case you missed it, the first one on the left is yesterday’s post which features the reveal of Made From Scratch! Click on the pictures to be taken to the coordinating posts. 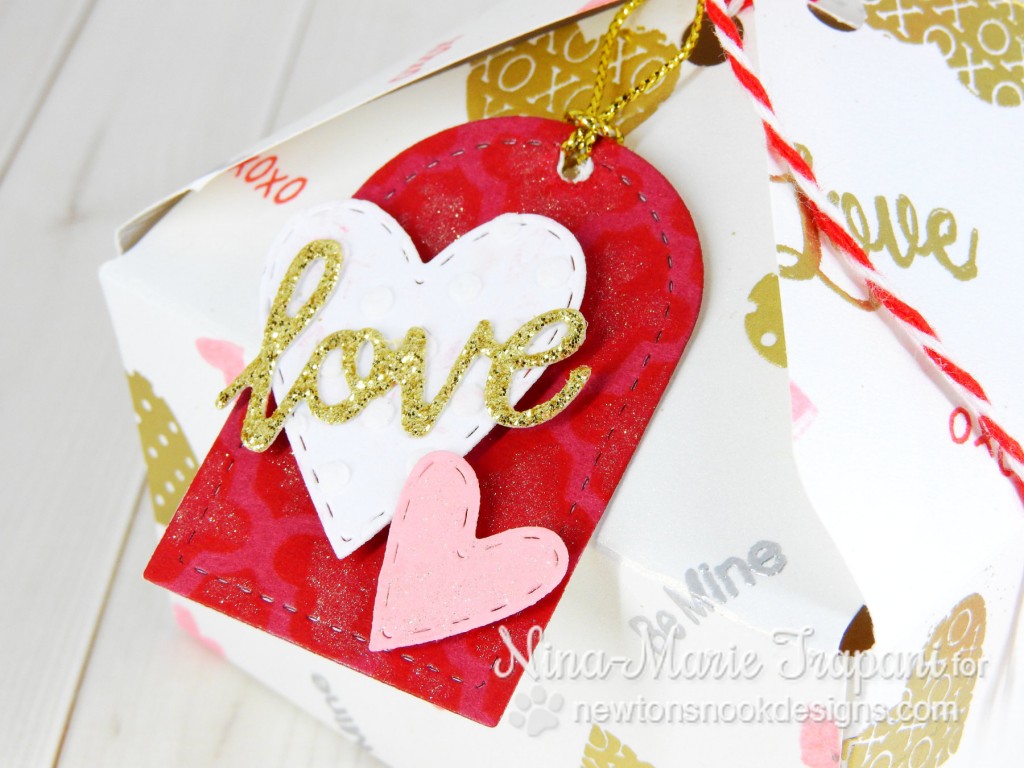 Would you like to win the “Newton Unwinds” Stamp Set? This set will be given away to ONE lucky winner! Here’s how to win:

Comment on the NND blog and Design Team blogs (see list below)! The winner will be chosen at random from the collective blog release posts. Make sure to check out each of their blogs and comment for your chance to win. You will not know which blog has been chosen so the more you comment on the better your chances are of winning! You have until Thursday, February 11th at 9pm CST to comment  — winners will be announced on the blog post on Friday, February 12th.

If you are interested in any of the products used in this post, I have them all linked below to both Simon Says Stamp and Ellen Hutson. Affiliate links used when possible.

There are some magnificent dies in the new @simons

The @simonsaysstamp August 2022 Card Kit is SO bea