I was playing around with a couple of Lawn Fawn stamp sets yesterday, attempting to create an idea I’d had… what ended up happening was that I created two cards, neither of which turned out like the original idea! Funny how that happens… LOL! :)   So I thought I would share this set of cards, in which I used a very spring-like color scheme of teals, pinks and white… oh, and lots of glitter!

I stamped all my balloons (one large and two small; both from the Blue Skies Lawn Fawn stamp set) onto white cardstock with Memento ink, and colored them with Copic markers. I then fussy cut each one out, applied Wink of Stella glitter on all of them, and began assembling my cards….

For my first card, I used the two smaller balloons and created the background of my card using two cloud stamps from the Hello Sunshine stamp set, also from Lawn Fawn. I then scored a double frame around the card and covered each of the teal clouds with Wink of Stella glitter. On another piece of cardstock, I stamped the sentiment “fly away with me”, also from the Hello Sunshine set and the banners from the Blue Skies set, both with some Memento ink. I joined the banners to the word “away” and colored the pennants with the same Copic colors used for my balloons. I then fussy cut the top edge of the cardstock and adhered it to my card base with foam tape.

The balloons are layered onto the card base with foam tape, and I added some gems and little hearts (also from the Hello Sunshine set) to the card as well to finish it all off. The large balloon I then used on my second card, which features a much more darker pink… in fact that is the exact shade of  pink on the walls of a bedroom I once had… looks great on a card, but a whole room in that color… well let’s just say it was a tad much! ;)

Anyway, I created the background by using the clouds from Lawn Fawn Spring Showers die set as masks… I die cut a bunch of the three clouds and temporarily adhered them to a watercolor panel before doing a bit of ink blending with some Cracked Pistachio distress ink. Before removing the masks, I misted the ink with water and blotted up some of the color with a dry cloth, just to give a lighter tone to the background, as I was going for subtle.

I scored the edges of the panel and then pierced a border in between the two score lines… I love finishing off my cards and panels like this.  My sentiment is from the Hello Sunshine stamp set,  and stamped with both some Cracked Pistachio ink and Versamark (heat embossed with bronze embossing powder). I also covered each cloud with Wink of Stella glitter (… told you there was lots of shimmer on these cards! LOL)! I then layered the panel onto some pink scalloped cardstock and attached both pieces to my card base with foam tape. Finally, to finish off my card, I scattered some hearts (also from the Hello Sunshine stamp set) and some enamel dots under the balloon.

So while these cards were not at all as I originally intended, I actually love them even more! I hope you’ve enjoyed seeing them and that I’ve inspired you as well! Thanks so much for stopping by!

The second card, with the single large balloon, is submitted into the CASology week 144 “Take Flight” challenge, and the CAS(E) this Sketch challenge #121. 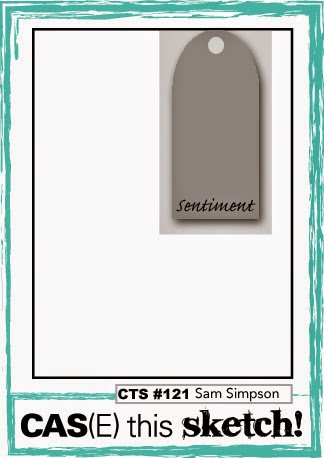 There are some magnificent dies in the new @simons

The @simonsaysstamp August 2022 Card Kit is SO bea