I was playing around with my Newton’s Antics stamp set and thought it would be so much fun to use one of the images from the set to create a fun, layered birthday card, where Newton is flying through the air with some balloons! Going with the idea, this is what I came up with, and I hope you enjoy!

I began by stamping Newton onto a piece of watercolor paper using StazOn ink, and watercoloring him with Derwent pencils. With a white paint pen, I added some dot details to Newton’s cheeks and ears, before fussy cutting him out and setting him aside while I did some die cutting.

Using two balloon dies from the Simon Says Stamp Celebration Time die set, I die cut five balloons total from white cardstock and colored them with Tim Holtz distress inks, using an ink blending tool. The inks I used were Broken China, Peacock Feathers, Spiced Marmalade, and Rusty Hinge. I then took that same paint pen and added a bit of highlight detail to each balloon. With the Spring Showers die set from Lawn Fawn, I die cut a bunch of clouds from some more white cardstock and set them aside along with Newton and the balloons. With some grey baker’s twine, I tied strings to the balloons, and adhered two of the balloon strings to Newton’s tail. I then adhered Newton and the balloons to the card with foam tape.

Lastly, using the Lawn Fawn Milo’s ABCs stamp set and some black StazOn ink, I stamped the sentiment “happy birthday” onto a vellum banner strip and adhered it to my card. With some Wink of Stella glitter, I added a bit of shimmer to the balloons and this finished everything off!

I really love how this card came together and I hope you too enjoyed! Thanks so much for stopping by! :)

This card is submitted into the Lawnscaping Challenge #103 “Dimension”, the Newton’s Nook Inky Paws challenge #19 “Watercolor”, and the Virginia’s View challenge #14 “Layers and Dimension”. 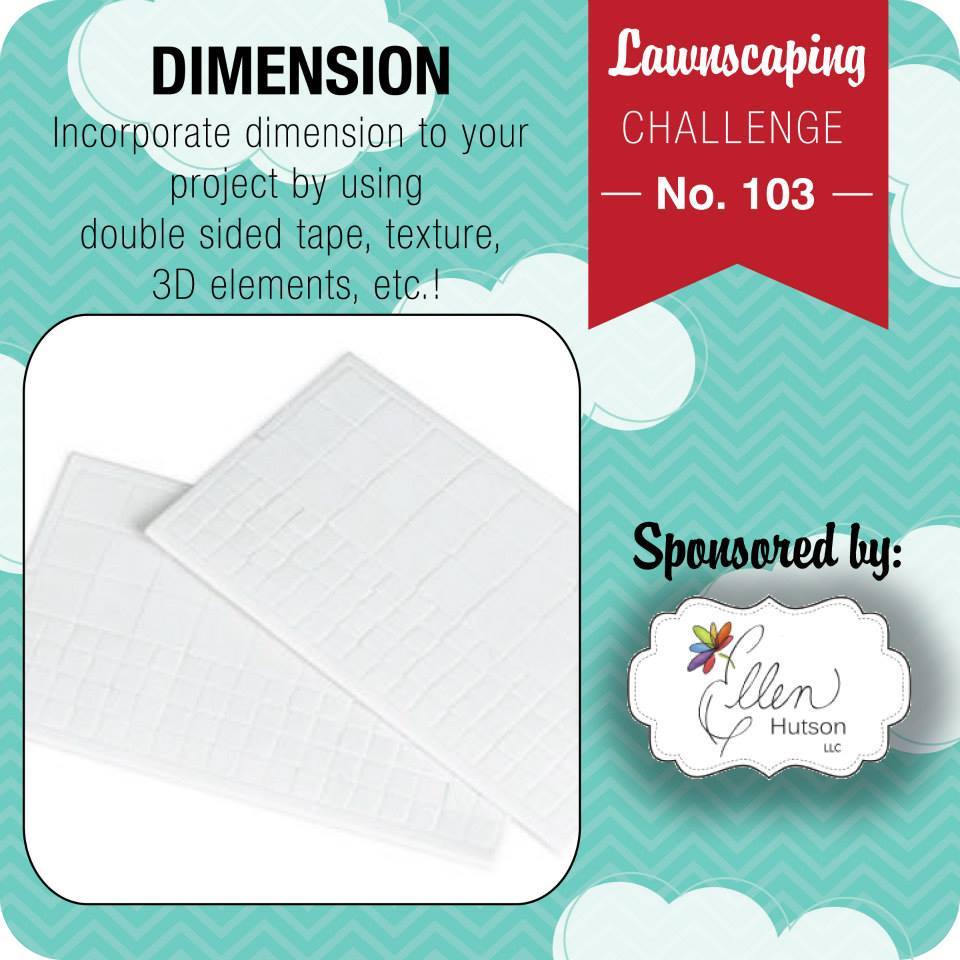 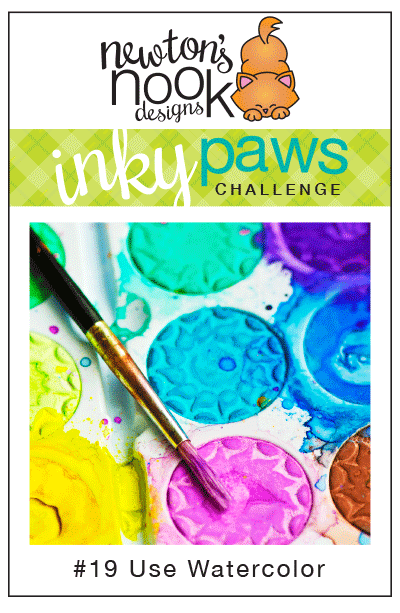